Is Sola Scriptura Taught by the Bible Itself?
(Part 2 of 3) 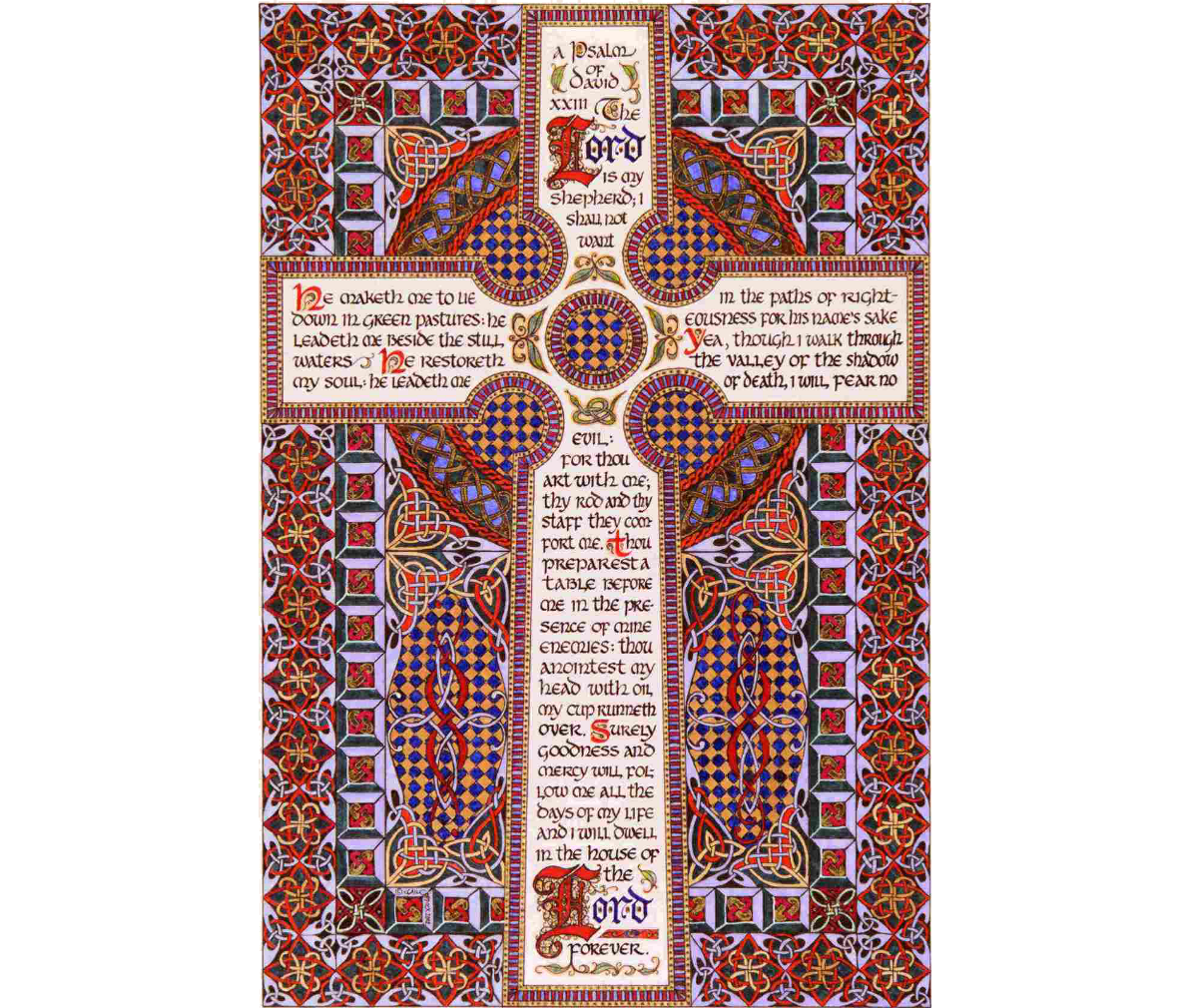 Romans 1:2 “the gospel which God previously promised through His prophets in Holy Scriptures.”

Romans 16:25-26 “Now to God who is able to establish you as per my Gospel including the proclaiming of Jesus Christ as per the revealing of the mystery kept in silence from ages past but (plus) now publicly appearing by added (reinforced) means of prophetic scriptures following the directive of the Eternal God made known for obedience of faith.”

2Peter 1-3 “we apostles were eyewitnesses of Christ’s majesty hearing God’s voice coming from heaven…(because of this holy revealing epiphany) we apostles have the prophetic word more certain (further attested/verified) and you would benefit from giving close heed to our firsthand testimony as a light shining in the dark…this is now my second (scripture)-letter written to you to be mindful of the oral words previously spoken to you by the holy prophets and of the LordSavior’s command (conveyed to you) by your apostles (including myself).” (Holy Scripture speaking/communicating by prophet and apostle – see above Matt 28 “teaching them to obey all my commands”).

2Timothy 3:15 “From childhood you Timothy have known the Sacred Writings which are able to make you wise for salvation through faith in Christ Jesus.”

With the coming of KingChrist Jesus to launch the New Testament era, wisdom for salvation through faith in the Hebrew God (“salvation is of the Jews”) was narrowed and specified from a yet-to-come unrevealed unnamed Messiah to the now-having-come revealed by name Jesus of Nazareth crucified and resurrected to decondemn sinners. In this new Jesus era, the Ethiopian eunuch, God-fearing Sacred-Writings-believer Cornelius, and noble Scripture-searching Bereans needed to hear about “faith in Christ JESUS” in order to receive wisdom for salvation. Without the full Gospel of Jesus-by-Name, they would not be saved. The Sacred Writings needed to be fulfilled and fleshed out by the preaching of Christ Himself and His apostles and evangelists (Stephen, Philip, Silas, Apollos, Timothy, Titus, etc.)

Now in Paul’s final letter a dozen or so years later, Timothy is reminded of the sole source and only knowledge base for salvation wisdom: Sacred Writings through faith in Christ Jesus. Old plus New Testaments. How much of the New Testament ‘faith in Christ Jesus’ was by this time written as ‘Sacred Writings’ on a par with Old Testament? All but John’s 5 writings (22 books). How much was available to Timothy personally at this point? At the very least, Paul’s two letters to him. Note that 2Cor., Philippians, Colossians, 1-2 Thess., Philemon include Timothy by name in the opening greetings of these Scripture-Epistles (‘Paul and Timothy to…’).

In 2 Cor., Paul says that Timothy preached the Gospel to them. Since Peter in theopneustos mode (penning brand-new Scripture himself!) calls Paul’s letters ‘other Scriptures’, Timothy had at least part of the written New Testament Holy Scripture equivalent to the Sacred Writings. it is self-evident that what Timothy learned directly from Paul since Derbe was summarized and repeated in all Paul’s letters (what Peter refers to as ‘other Scriptures’). As a meticulous scholar and former Pharisee, Paul may very well have kept copies of all his letters and perhaps Timothy had copies as well. As Scripture-Epistles circulated, they began to be copied widely in all the early churches. No doubt Paul during his frequent church re-visitations would be able to compare what those church pastors were using in preaching/teaching with his originals which he always carried with him as scrolls and parchments (see Paul’s prison plea to Timothy to bring the parchments to him which thankfully by God’s providence were not confiscated or destroyed by his captors or enemies.) This was a safeguard from the ever-present risk and reality of forgeries and ‘doctored’ epistles also widely circulated to confuse and corrupt the churches by false apostles or phony brothers peddling their pseudo-gospels to make trouble for Paul and his co-workers.

Ancient Sacred texts are the prophetic foundation. Current Sacred texts are the apostolic superstructure for the complete Church Building. Both together comprise Sola Tota Satis Scriptura which alone sufficiently ARE able to make wise for salvation through faith in Christ Jesus. Any oral preaching from myself or yourself any other source must line up in perfect agreement with what I provided to all the churches – NO MORE AND NO LESS (see Galatians for details).

I Paul in my final Scripture writing point you to only and all Sacred Writings. Anything considered Sacred not in writing MUST harmonize and exactly coincide with IT IS WRITTEN as our Lord modeled and stated repeatedly in His preaching. If “it is written” from God’s very mouth in His Holy Spirit, it is Heavenly. If not “it is written”, test the spirits and do the Berean vetting process using only the Sacred Writings (Old AND New) as supreme ultimate Validator and Verifier as Heavenly Truth.

Nothing created by God, given to men is called theopneustos (church, leaders/experts/geniuses, spiritual gifts, historic non-biblical facts or human tradition/custom) except just one thing: Holy Scripture as Sacred Writings, Prophetic and Apostolic testimony of Christ as LogosLord Word of God. For Christians to rely on anything lesser than what the Lord himself terms theopneustos as equivalent, controlling, co-authoritative, determinative, ultimately conclusive or ‘sure interpretive informing rule of only true official canonical meaning/application’ entails running the risk of Revelation 22:18 plagues of deception/delusion/deviation from Heaven’s Official Position, especially on essential cardinal matters of Gospel salvation determinative of personal faith relations with the True God along with God’s Son in God’s Spirit. Sadly, much of what passes for ‘tradition’ among many churchgoers and their institutions is far from the living faith of the dead, but rather traditionalism: dead faith of the living.

Traditiolatry (Pharisee/Sadducee performance mentality to keep up the graces by lawspel fulfilling God’s saving will) is vastly more widespread and lethal than any perceived perilous potential of Scriptolatry (owning, carrying and knowing the Bible is all that’s needed to automatically be in God’s saving graces).

Hebrews: “God said”, “The Son says”, “The Holy Spirit says”, “Scripture says” – all equivalent on identical par with 1:1 “In the past, God spoke by prophet, but now in these last days God has spoken by Son..”

Hebrews 4: “God’s Word is living and active, sharper than a double-edged sword, penetrating to dividing soul and spirit, joints and marrow. It judges the thoughts and attitudes of the heart. Nothing in all creation is hidden from God’s sight. Everything is uncovered and laid bare before the eyes of him to whom we must give account.”

God’s Word and Scripture being identical to the Lord, it is to be so to any who would read it and take it seriously. This biblical description for itself cannot be said of any other body of writing, texts, traditions, customs, corpus of wisdom or practice or alternate authoritative canon of church, council, creed, confession. These must all be subordinate and subjected to the settled fixed completed unadditioned incorrectible supreme unequaled unique Canon of Canons of Christ himself (Logos Lord).

‘Scripture-Plus’ or ‘God’s Word And’ or ‘Written   Revelation  Combined/Interpreted/Supplemented with Oral re-velation’ violate the plague curse of Revelation 22.

James 1:18,21-25 “God the Father of lights chose to give us birth through the Word of Truth..humbly accept the Word planted in you able to save you. Do not just listen to the Word deceiving yourself, but act on it. The one listening to the Word apart from actually doing it is like looking in the mirror without bothering to notice your own reflection! But whoever looks intently into the Perfect Law, which is such freedom!, still continuing right next to it not being a neglectful listener, takes action (keeps following through) and will be blessed by acting on (the TruthWord of freeing Perfect Law).”

James was as close to apostle status without directly being titled as one. Likely he was penning one of the first New Testament epistles as Scripture. In this text, he refers both to written Old Testament and oral apostolic Gospel – confirmed to James when he witnessed the resurrection of his step-brother Jesus. He uses “Word of Truth” and “Perfect Law” interchangeably. God’s Logos and God’s Nomos. The Logos is Truth and the Nomos is Perfect. If true, no part can be untrue. If perfect, not incomplete or immature or insufficient or lacking or flawed. Absolute prime unequaled unrivaled heaven-set standard of ideality fixed by God Himself.

Utterly nothing else needed than God’s Logos and God’s Nomos to be worthy for planting and rooting in the human soul able to save and free from sin to righteousness in Christ. In so many words – Sola Scriptura retrospectively and prospectively. As if he is saying, “It is propheted as written in Scripture, it is apostled as preached in Kingdom Gospel.” James himself was part of the New Testament Gospel inscripturation via theopneustos miracle revelation of the Holy Spirit. As a new Bible author, he was not amending altering supplanting replacing tweaking the Ancient Scriptures but was part of Jesus’ ministry of fulfilling and completing them with

Fresh Kingdom Age Scriptures. James’ leadership role and Christ-anointed authority as head of Jerusalem church were confirmed by the apostles and leaders like Peter, John, Paul, Barnabas, Silas. Thus, his epistle carried that same weight and was recognized as God-given, Christ-authenticated, Spirit-derived, Heaven-sent.

The reader of James’ epistle can only peer deeply and stare focusedly on what is written prophetically and expounded apostolically. Only what someone like James endorses and vouches for is worthy of such concentration and meditation. Scripture’s ‘it is written’ is the highest conceivable bar of believability for full faith and confidence. Nothing below that heavenly bar will suffice. Only the oral Apostolic Gospel Logos of Truth rises to match the written Prophetic Law Nomos of Perfection.

Whatever is offered or claimed from whatever source (even apostle or angel! – Galatians 1:8) that is even slightly contrary to or unincluded in the Logos or Nomos fails the Truth and Perfection test. Jesus warned not even one tiny jot or tittle different from TruthWord or other than PerfectLaw would be tolerated short of unfailing guaranteed fulfillment. Not one micro speck of Scripture or Kingdom Gospel (His Very Words Spoken and relayed to Apostles in the Spirit) would fade or falter or die out.

See how James handled such extra-Logos and supra-Nomos teaching in Acts 15, decisively refusing to plus or minus or alter or compromise on the words of the prophets like Amos or the apostolic words of Peter, Paul, Barnabas enjoined as quoted directly from the Holy Spirit Himself! Sola Spiritus Satis Scriptura. Only the Spirit’s perfect permanent preeminent inscription perennially predominates and prevails as all-necessary and all-sufficient Truth that saves and frees the soul from judgment.

2Peter 1: “No Scripture prophecy ever arose by the prophet’s own (intuitive) figuring out/unknotting/solving/flash of internal self-insight/Aha moment. Prophecy (speaking forth the Word of the Lord officially on God’s authoritative behalf) never originated in human will, but men (of God appointed, commissioned, empowered, enlightened, epiphanied, revelated, apostled/sent forth) spoke from God (due solely to heavenly prompting/anointing charge) as they were propelled (windblown, engined, motored, powered, transported, mobilized) by the Holy Spirit (top-down sent from heaven above, not bottom-up autonomous self-propelled).