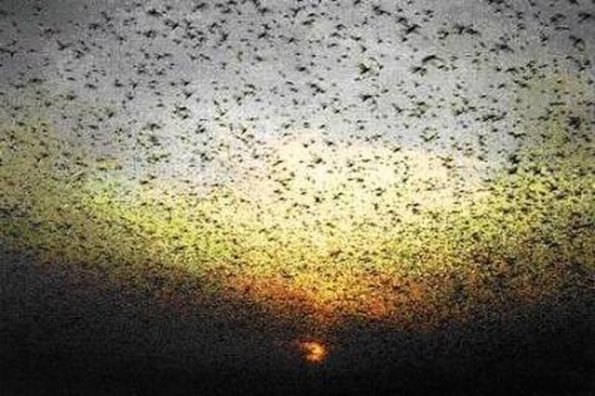 One of the more popular Contempo fallacies rampant today is the futurist raptural millennial view where everything depicted in Revelation chapter 4 onward is yet future. That is, the ‘end times clock’ has not officially started ticking yet, from John’s time until now. It is mistaken that we are still waiting for ‘game time’ while the scoreboard timer is holding at 00:00. Some variants of this view have precursor preludes or prelim events setting the stage for countdown toward ‘game time’ with Israel established 1948 or other historic markers that supposedly correspond to biblical prophecy. But the vast bulk of everything in Revelation dealing with scrolls, seals, trumpets, bowls, divine judgment plagues of wrath have yet to occur.

But this populist view runs into a fatal ‘plague’ of its own, namely Revelation 22:18:

“I warn everyone hearing the words of the prophecy of this book. If anyone adds anything to them, God will add to him the PLAGUES DESCRIBED IN THIS BOOK.”

Just as early on there was a promised blessing to all hearing and keeping the words of the prophecy of this book, so at the end, there is a guaranteed curse to all tampering with the contents. This is done by altering or severely misinterpreting or deceptively perverting John’s heaven-sent Revelation (not leaving the message ungarnished-untarnished-unvarnished). This curse would apply to any in John’s first audience among the Seven Churches the book was addressed to (95 A.D.) and presumably to all until now and onwards to the end of history.

The ‘PLAGUES DESCRIBED IN THIS BOOK’ can be taken two ways: literal or symbolic/spiritual. Taken literally, read for yourself the gory details of 4 Horsemen of the Apocalypse, the unsealed scroll judgments, the trumpet & bowl plagues, beast-monsters, and on it goes with heaven’s fury on the wicked. Taken non-literally, the plagues and judgments can be seen as a combo of physical-mental-psych-spiritual curses-crises on the wicked: personally, regionally, nationally, globally. Including but not limited to demonic deceptions, delusions, false prophecy, being given over to sinful desires, satanic snares and diabolic bondage, moral and spiritual darkness, cultural chaos, removal of blessings and imposing of woes upon persons & societies. Not to mention God’s wrath judgment in this life and the next.

Whether the plagues are taken literally or symbolic/spiritual, the futurist millennial view has a fatal problem. How can something reserved exclusively for a far future timeframe (remember the futurist ‘end times clock’ was reading 00:00 in 95 A.D. and ever since including today) be invoked upon John’s first-century hearers and all hearers since? A vast majority of futurists insist that Revelation is a chronological sequence of the event after event, catastrophe after catastrophe in order first Chp. 6 to last Chp. 20. How following this view can plagues/judgments of 4 horsemen, scroll unsealings, trumpets, bowls be a relevant tangible serious threat to any hearers over the past 2,000 years when none of them have yet occurred in history as spelled out in the book? If primarily all future yet to come, then the curse makes little sense as worded: God will add to him the plagues described’?

How, if they have been and still remain unfulfilled prophecy confined solely to the raptural era? How can even God Almighty prematurely impose exclusively future-only plagues upon/during any past/present scenario without entirely out of divine scriptural sequence jumping the gun? Would God be spoiling the pre-ordained end times calendar by pre-emptive unilateral override all of a sudden upsetting the carefully prophesied schedule? In effect, God would be de-futuring them at the last minute (i.e. pre-fulfilling vastly distant yet to come reserved for very very future ‘Great Tribulational Age’ way-way in advance of their permanently unalterably set eternally fixed pre-determined order)? Wouldn’t this be quite out of character for the Perfect Providential Planner of all time and infinity?

The only way the curse as worded makes sense with full force and relevance to all hearers is that the plagues of Chp.6 onward have been taking place since John’s ink dried 2,000 yrs ago. Already to some degree, not yet to the fullest degree. PERENNIAL, not millennial is the only workable viable view. The futurist view is in a severe bind. Either take Rev. 22:18 full on and allow for some degree of past/present fulfillment of Chp. 6 onward prophetic plagues (literal or spiritual) – in which case the view unravels as inconsistent with its fixed tenets. It must dissolve into a competing interpretive view by default de facto sheer force of logic and internal coherence. Or else rejigger, redefine and reinterpret the impact and thrust of the verse. But this would ironically lead to the dire risk of falling under the very plague judgment the verse warns hearers against who refuse to take the prophetic book full-on at undiluted face value without add-ons or take-offs, padding or purging or parsing or prevaricating or pretzel-twisting revisionism which are categorically condemned and cursed as strictly forbidden!

Best to go with the clear easily grasped verse (Perennial Plagues all throughout history relevant to every generation of Revelation readers, past-present-future) avoiding the horrid consequences that have beset countless disobeyers for the past 2,000 years. In reading and interpreting Revelation, be quick to adjust your interpretive view accordingly, rather than the other way around. There is a potential booby-trap self-imposed plague of its own by rigidly holding to penultimate premillennial raptural age tribulational era future-only yet to be fulfilled plagues! Beware the current curse – right here right now in your lifetime! – of God adding the PLAGUES DESCRIBED IN THIS BOOK upon any knowingly or unwittingly severely misreading or inserting manmade notions to how the Lord wants His Revelation understood.