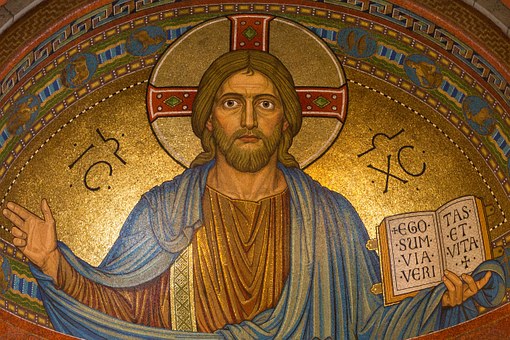 v.25-26 (Jesus prayed) I thank you Father Lord of heaven and earth that you have hidden these things (Kingdom secrets about Jesus Son of God) from the wise and prudent, instead revealing them to little children. Even so, O Father, for it seemed good in your sight.

Without heavened revealing Father to Son, then (Incarnate) Son to us, no one could come to personally fully realize Father-Son-combo distinction of the true God. Revelation of God’s ultimate reality to the world of fallen sinners needing salvation resides exclusively with the Son from His Father.

“Who do you disciples say I am?” Peter replied, “You are the Christ the Son of the Living God.” Jesus said, “Flesh and blood have not revealed this to you, but my Father in heaven.” (Matt.16)  – Father reveals Son.

“That they might come to know you the only True God including/connected to/in tandem with Jesus Christ whom you sent.” “Holy Righteous Father, I have brought you glory here on earth (incarnately) by revealing you to them. I gave them your Word and they have believed that you (Father) sent me (Son). (John 17)

“God’s Son has come to give us understanding of God Who is true. And we (revealees) are in God Who is true together with/inseparable from God’s Son Jesus Christ. This Whole Full God (Father whose Son is Jesus) is the True God connected with eternal life. Best keep yourself from idols (any deity except/other than this True God).” (1John5)