Jesus Resurrected on Third Day According to the Scriptures 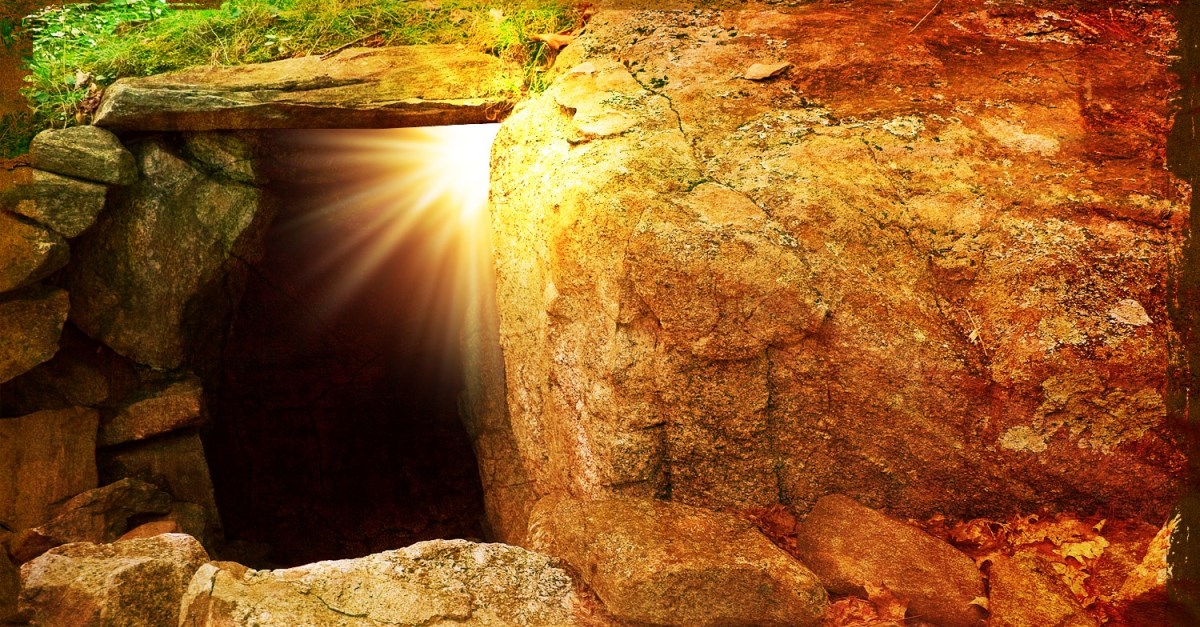 Apostle Paul is crystal clear that his Lord Jesus resurrected on the third day (Sunday, the Lord’s Day) according to the Scriptures.

Where did Paul gather this crucial historic truth? Of course, the Holy Spirit charged and propelled him to know and reduce it to God-Spirited Scripture.

But, also, the Ascended Lord Jesus Himself personally tutored him for three years in Arabia upon his conversion in Damascus. The Lord imparted to Paul all the vital Gospel witness and Holy Spirit endowment needed to be commissioned as the newest belated apostle (since he missed out on Pentecost’s anointing of the original apostles).

Just as the Lord opened the minds of his disciples to understand the Scriptures on the first Easter Sunday, Christ also opened Paul’s mind to fully grasp what he already was familiar with as expert Pharisee of Pharisees (like Nicodemus as Israel’s teacher and Gamaliel the master rabbi) – Old Textament Scripture.

But what specific sacred texts were cited to support fulfillment of ancient prophecy of Messiah resurrecting on the third day?

Although not directly quoted in the New Textament, it qualifies as an emphatic precursor echo, a foreshadowing, a parallel between God’s people Israel needing to be resuscitated and revived after severe sin lapsing nearly to perishing and the Lord raising them up to live in His Presence. Of course, Micah is using prophetic poetry to emphasize a point, using a common expression for brevity (after two days, on the third day) to describe an experience that took hundreds of years but in God’s sight was relatively brief (temporary, not permanent).

It carries Messianic overtones when considered in light of Psalm 22 & 69 and Isaiah 53 which prophecy Christ’s suffering as being stricken and crushed by God in place of transgressors. Israel’s historic experience as ‘God’s son’ from Abraham’s time to Malachi – the promises and perils, punishments and deliverances, exile and restoration as recurring themes – are poignant prototypes pointing to how God’s Only-Begotten Son was treated by both His Father (delivered up as Passover Lamb Sacrifice taking away the world’s sin), His Own people as well as the Gentiles. It isn’t too much of a creative stretch to see more than a coincidence in comparing this text with Paul’s and others above. The definite specific time marker “after two days…on the third day” cannot be just a fortunate fluke that Hosea happened to peg precisely right as if he had prophesied, ‘after Friday and Saturday (Sabbath)…on Sunday”!

Some scholars try to hold Jesus in the Bible to levels of precision that force both the text and the Lord’s intent. Unless Jesus literally meant 72 hours underground, which means Easter would have been exactly no less than three full calendar days after 3 pm on Good Friday = 3 pm Monday, he must have been mistaken or misrecorded or?

Is Jesus being actually accurate? Are we being really realistic with what Jesus is quoted as avowing as nonfiction fact?

The Bible is just fine taken at plain face value in context with how it consistently references time periods by ancient reckoning. A day is a day is a day, but portions are taken to refer to the whole day itself. For Jesus and His friends and enemies alike, everyone knew what was meant by the Scriptures, His repeated public claims, and the fulfillment. Matthew 27 relates that Jesus’ enemies expected something the disciples hardly expected despite all Jesus’ reiterated prophecies to them. How did they all reckon the three-day timeframe? 3 hours on Friday (3 – 6 pm) was the first day before the Sabbath. Get the corpse down, embalm and bury the dead Jesus before sunset.

Then the full Sabbath day (Friday 6 pm – Saturday 6 pm) was the second day. No work, only waiting. Then the day after Sabbath (Saturday sunset – Sunday dawn) was the third day. For modern ‘Sabbatarians’ who claim Jesus resurrected before 6 pm Saturday, there are two huge problems. One is that Scripture must be fulfilled which is written: “on the THIRD day”. Saturday is impossible if Scripture is not to be broken/unfulfilled. The other problem is Matthew 28:1 “AFTER THE SABBATH at dawn on the first day of the week (Sunday), the women went to visit Jesus’ gravesite.” He obviously resurrected prior to their arrival to find His empty tomb, but it could not have been prior to “AFTER THE SABBATH”. It stretches credulity to suppose God the Father, God the Son of Man Jesus, the Holy Spirit of God set all this up from eternity, set it down prophetically in public Scripture for all the world to witness, but then missed Heaven’s Own perfectly scheduled timing to fulfill it all by minutes, hours or part of a day.

That’s more unbelievable than letting Scripture ride as is to speak for itself, and let Jesus, Matthew, Mark (Peter), Luke, John, Paul, apostles 100% correlate with the Bible and each other in whole and part without flubbing or contradiction.

Few Bible commenters consider this Scripture as qualifying for what the Lord or his apostles referred to according to the Scriptures ‘as it is written’ support for being resurrected on the third day. Each Bible student must judge for themselves, but when factoring in the Hebrews 11 apostolic exegetic text adding New Testament detail and interpretation, it is not unwarranted. Again, like the ‘after two days…on the third day’ of Hosea 6 above being most likely not mere coincidence, this too has the ring of prophetic precursor. All the Biblical Messianic parallels and connections have been drawn between the Lord and Abraham (sacrificing father figures), Messiah and Isaac (promised only-begotten miracle sons offered in sacrifice, both carrying the wood to their death) and so on since the early church fathers up to modern commentaries.

But seldom is the THIRD DAY element of the historic narrative factored in with the parallel connections. It correlates nicely with Hosea and Jonah. Although not directly cited by Christ or the Apostles as a one-to-one prophecy-fulfillment, it certainly would be in the realm of qualifying Scripture, at least not disqualified (second day, fourth day, no mention of day at all, or some other account not mentioning a sacrificing father offering up a son and getting him back again. As far as Abraham was concerned, Isaac was as good as slain burnt offering on Moriah’s altar from the moment the Lord commanded the testing ordeal until the third day arriving at the mountain. Isaac was demanded by God to be dead and devoted by Abraham to be dead. That God spared Isaac but did not spare His Only Begotten Son Jesus does not render it any less meaningful, prophetic, symbolic, illustrative, parabled truth experience for the Scripture believer. God was equally serious but handled both offered sacrifices differently – yet similarly. That’s the crucial illuminating surprising epiphany Hebrews makes with a genius-level comparing/contrasting ironic twist involving resurrection, which concept cannot be addressed without considering Christ Himself as risen alive again to the wonderment of all!

Again, this is not quoted in New Textament supporting Christ’s resurrection. But Hezekiah as a Messianic ancestor and son of King David has some Christ-type parallels as one of Judah’s best most memorable rulers on solid relational footing with the Lord and Isaiah the prophet (one of Scripture’s most vivid foretellers of Messiah’s coming, ministry, suffering – the most quoted prophet in New Textament outside of Moses). Hezekiah was 39, Christ was 33. Both were faithful servants, doing what was right in the Lord’s sight. Both cleansed the temple and sought to turn the hearts of God’s people back to righteousness. Hezekiah’s prayers and tears mirror Christ’s experience, especially in Gethsemane (Hebrews 5:7 “Jesus offered up prayers and petitions with fervent cries and tears to God Who could save Him from out of death, and He was heard due to reverent submission.”) Finally, Hezekiah was pronounced dying with no cure until the Lord graciously reprieved him with a miracle healing. Like Isaac in Genesis 22, he was spared actual death and had a symbolic resurrection as a living parable very likely pointing ahead to Christ’s resurrection on the THIRD DAY.