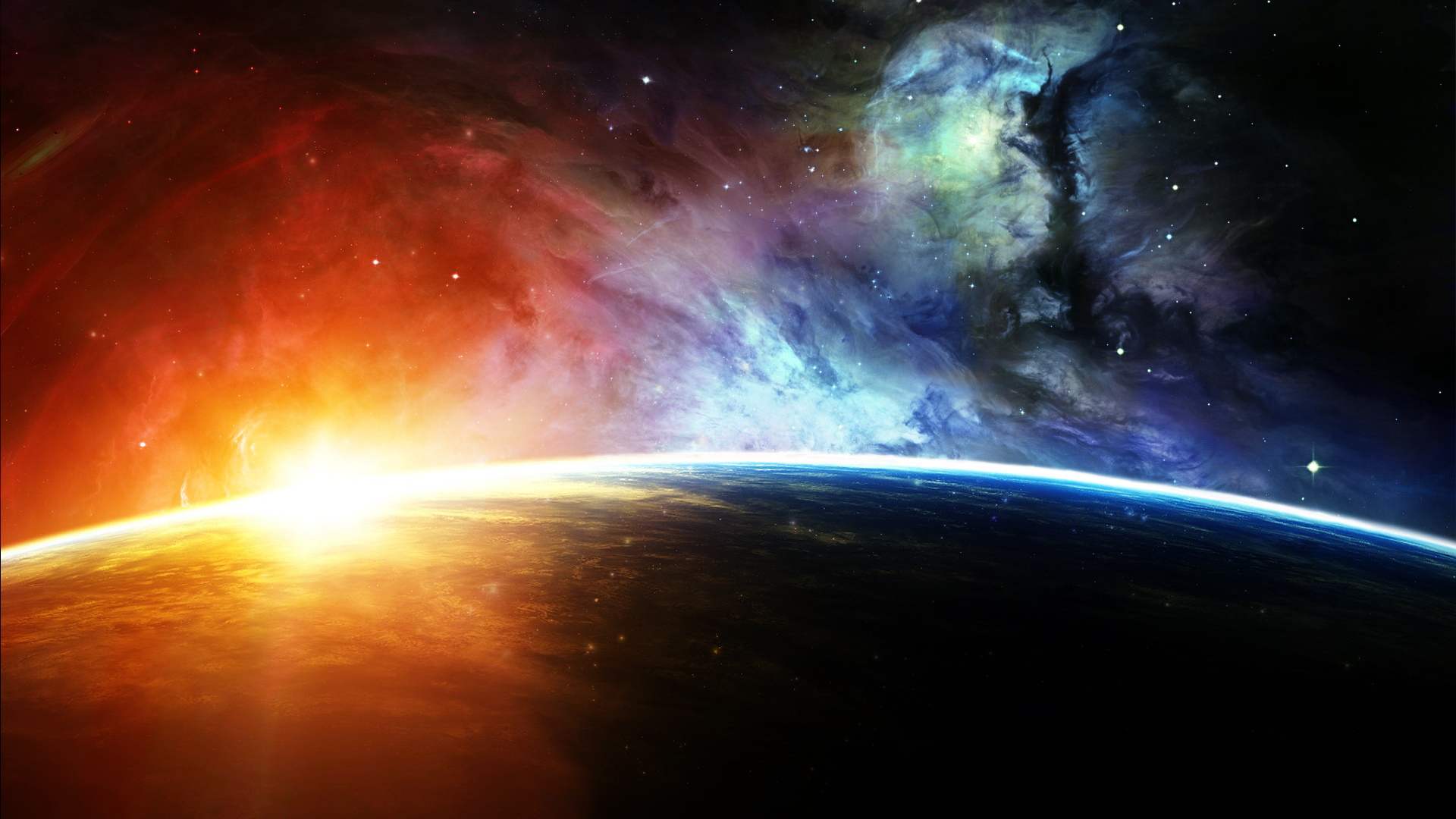 At last count, there are at least a dozen options that creative people have come up with to override the normal context plain language usage of normal solar evening & morning days everyone is familiar with on our planet today:

-whatever they are, the days cannot mean ordinary days as understood today as that would be too obvious & simplistic & unscientific; the days simply cannot be specified or precisely defined on any practical level of mortal understanding.

-not only were they not ordinary days, but there were significant gaps before, during, after each ‘day marker’ allowing for vast astronomic/geologic ages to coincide with the findings of modern science texts & conventional academic theories.

-they might approximate today’s ordinary days, but there were significant gaps before, during, after each ‘day marker’ allowing for vast astronomic/geologic ages to coincide with the findings of modern science & conventional academic theories.

-time as measured (if measurable) during prehistoric un-eyewitnessed ‘creation week’ has to be quite different than what has been the case afterward, so creation days bear little resemblance to historic post-creation days.

-the creation narrative is poetry similar to contemporary pagan legends/myths and must be understood in that context (‘once upon a time…on this day this happened, then on the next day that happened…’)

-the creation account is not all poetry, but a mixture of various literary genres; a day for Adam & Eve may or may not be what is now understood as ‘Monday’, ‘Saturday’; it requires literary experts to guide each reader to their own conclusions as to where poetry leaves off and non-poetry picks up to best understand creative days.

-the creation account is not poetry whatsoever, although the prose has poetic majesty elevated beyond prosaic historical narrative such as a memorable speech, famous novel, great non-fiction masterpiece. But exactly what is meant by ‘day’ cannot be dogmatically locked in.

-regardless of the genre(s), evidence of Hebrew literary device elements, figurative expressions, symbology, numerology anywhere from minor level to midrange to major dominance/controlling motif depending on which expert is consulted as determinative. The more one knows Hebrew language, ancient Semitic literature, similar areas of specialty, the greater advantage in divining the truest meaning to pick up on grammatic details, literary nuances of parallelism, Hebrew chiastic-poetic distinctives, etc. If only we had Moses’ original manuscript, imagine what it could reveal to us that the millennia have missed out on!

-there was a ‘creation before the creation’; an original primeval creation well before Genesis 1:1 (undescribed), and then a re-creation which is described as a sequence of various days of equal or unequal duration depending on what happened on a daily (short term? long eons?) basis.

-‘In the beginning’ was not THE very beginning, but only the time/space created order which flowed out of the eternal created order; not 2 separate creations, but one vast extended gradual bringing forth of existence from before time into time. Since ‘days’ have no meaning in eternity before time measurement, the use of days takes on a complex flexibility which the Hebrew language allows for.

-since the Hebrew word for day, ‘yom’, has multiple possible meanings depending on context and usage in the Old Testament, expert scholars are to be consulted to know just how to properly understand what Moses (or anonymous author(s)?) intended his audience to read him. Most likely since ‘yom’ can mean ‘solar day’; ‘light portion of daytime’; ‘short indefinite period’ – yesterday, the day before, a few days; ‘long indefinite period’ – way back in the day, in his day (lifespan of years), the day of the Lord (divine time vs. mortal time), etc. any consistency for the creation days (start to finish, sunrise to sunset) or periods between them cannot be dogmatically settled once for all.

-they can be viewed from God’s perspective (top-down), an earth-bound observer’s perspective (bottom-up), or a combo of both, allowing for an even more flexible variation of meaning.

-creation days (1-6) vs. rest day (7th) has scholars and experts and laypersons alike wondering if there is 1 to 1 correlation between the first 6 days (Sunday – Friday) and the 7th day (Saturday – Sabbath rest), or a distinct discontinuity. This at least allows some to insist that the 7th day is still somehow continuous without a definite evening/morning endpoint. Others reply that the 7th day came and went like the first 6, but the usual phrase ‘evening/morning’ was omitted since God was no longer creating on the first Sabbath which is identical period to any other day – Saturday is identical to Sunday or Friday; it’s not a ‘Super-Saturday as if the Creator God is still on sabbatical.

Is there any reasonable, basic, common sense way not wholly reliant on conflicting experts for the average reader of Genesis creation account to know for certain what the days are, if it even matters (many say it really doesn’t – THAT God created outweighs HOW or HOW LONG it took, which is unknowable, incidental and not worth disputing. Don’t get bogged down in disputable uncertain non-issues, they claim, all the while making a big issue out of the non-issue!).  Thankfully, there is.

Ask yourself the following questions before arriving at your own conclusions about creation days:

*Did the Creator LORD God plainly reveal to his prophetic servant Moses, not just the mere fact THAT God created, but briefly HOW and HOW LONG it took so ordinary people could plainly get what God intended to share with them about their origins?

*Did Moses really plainly understand what God revealed to him and was that plain understanding reduced to writing in Genesis 1-2 so he as the author and ordinary Hebrews (and others happening to listen in/overhear) as the audience were on the same page?

*When Moses first publicly read his prophetic revelation to his Hebrew audience, and continually over 40 yrs to that and the following generations of hearers, what did they really plainly understand God through Moses intended to clearly communicate about the WHO, HOW and HOW LONG of creation?

As long as Moses was around in person, anyone could ask him what he really really meant if there was any confusion or doubt about the creation days. This would have continued into Joshua’s time and for as long as anyone was alive who remembered what Moses shared with them in person…and even longer throughout Hebrew history, as long as God wanted everything of consequence to be remembered, even into NT times, even later…even to our times…even to when the Lord returns!

Does God want 12 or more varying scenarios floating around among His Bible readers about the most critical event in human history (next to the coming of Christ Himself)?? Or just one basic common sense plain understandable scenario akin to what the Gospels give all mankind about the coming of Christ (Incidentally, there aren’t multiple-choice realistic generally accepted scenarios about that!)

Otherwise, why bother with such details if ambiguous, vague, imprecise, up for grabs, left to readers’ imagination and interpretive preference?

Either it all matters of vital importance and equal truth clarity value, or none of it, or only some of it, or only what readers can understand it, or agree on, or not disagree on or…

*Is there room for one more scenario regardless of the dozen or so competitive, absolute often mutually exclusive mutations and variations on variances? Is it possible that all of them are quite simply misguided and mistaken? That a five year old or first-time reader in a 3rd world country or a smart or a not so smart, average intelligence individual would NOT naturally arrive at any of the dozen creative scenarios, but would just take the creation days at face value right from the plain text as is, regardless of science or Hebrew scholastics or any other beyond-Genesis extra-Biblical factor? Pretty much the way that Exodus 20:11 (Sabbath Day commandment) takes it, the same author around the same time to the same audience?

If the answer is absolutely NO!, congratulations on being extraordinarily imaginative, creative (at least embracing others’ creativity who invented all the scenarios and more to come!), and as dogmatic (maybe more so?) as those who would answer YES!  How about this approach: NOT creatively reinterpreting Genesis at all. Just read it straight. Plain. Normal. Ordinary.

The good news in all this? God’s real plain truth is knowable for those who truly seek it about the WHO, HOW and HOW LONG of creation week. Also, no matter how sincere Bible students may disagree on the start (Genesis – a dozen or more start-time scenarios!) and the end (Revelation – half a dozen or more end-times scenarios!) of their common Holy Book, may they all confess only one scenario as the middle heart crux of their faith: Jesus Christ and His true full Gospel from Bethlehem to Calvary to Empty Tomb to Ascension to Judgment Return!