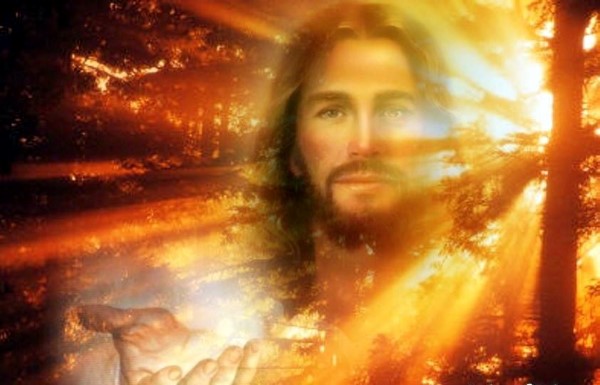 The Word of the LORD became flesh and lived among us, and we observed His glory as of the only genetic Next-of-Kin of His Father…No one has ever seen God; the only Next-of-Kin Who is right alongside His Father (literally reclining on Abba God’s chest!) has clearly shown Him (God’s revealed glory).

For God loved the world such that He gave the only engendered hereditary Son…whoever does not believe stands condemned already because he has not believed in the name of God’s only genetic/born/brought forth/progeny/offspring Son.

This is how God’s love is made known to us, in that He sent His only engendered hereditary/born Son (Jehovah Sr. sent Jehovah Jr.) into the world so we might live through Him. This is love…that God loved us and sent His Son as atoning sacrifice for our sins.

John 3:31-35 The Son who comes from above is above all…the Son who comes from heaven is above all. He testifies to what he has seen and heard from heaven above, but no one accepts it. Whoever has accepted it has sealed/certified that God is true. For the Son whom God has sent speaks God’s audible words; for the Son does not give (baptize with) the Spirit measurably. The Father loves the Son and has placed everything into his hands.

1 John  The One who was from the beginning, whom we (apostles) have heard, whom we have seen with our own eyes, the One we observed and our hands have touched (in the flesh), we’re talking about the life-giving Word (of the LORD) Himself – (that’s exactly right). Moreover, the Eternal Life appeared; we have seen Him and witness to Him, and we announce to you the Eternal Life Who always existed before the face of the Father and appeared to us (becoming flesh)…Our communion is with the Father together with His Son Jesus Christ…The blood of Jesus God’s Son cleanses us from all sin…we have an advocate with the Father, Jesus Christ the Righteous One. He is the atoning sacrifice for our sins.

Who is the liar? He denies that Jesus is, in fact, the Christ. This antichrist dismisses the Father right along with the (inseparable) Son. He who denies the (familial)Son has no connection with the (next-of-kin) Father whatsoever. He who confesses the Son (of His Father) embraces the Father (of His Son) also. Whoever confesses (this aforementioned full-on real) Jesus Christ having come in the flesh (as we apostles have already done firsthand) is from God…

The Son of God has come and given us understanding of God Who is true. And we are in God Who is true, namely in God’s Son Jesus Christ. This very One whose Son is Jesus is the True God even (Father alongside Son together in tandem) eternal life. I warn you to avoid idols (any god other than THIS ONE TRUE GOD-WITH-SON) at all cost.

Rev. 2&3  Thus says the Son of God, the First and Last, who has the Sevenfold (Holy) Spirit, the Holy One, the True One, who has the key of David… whoever has ears listen up to what the (Holy)Spirit says to the churches.

Rev. 12  And she bore for a Son a Male Child who will shepherd the nations with an iron rod, and her Child was snatched up to God and to his throne.

Rev. 22  I Am the root and the offspring (genos) of David, the bright morning star.

Romans 1  The gospel of God about His (monogenes) Son, who as to flesh (humanity) was a descendant/son (offspring) of David, but as to holiness-spirit (Holy One essence, Deity) was power-designated to be Son of God by resurrection from the dead – Jesus Christ our Lord.